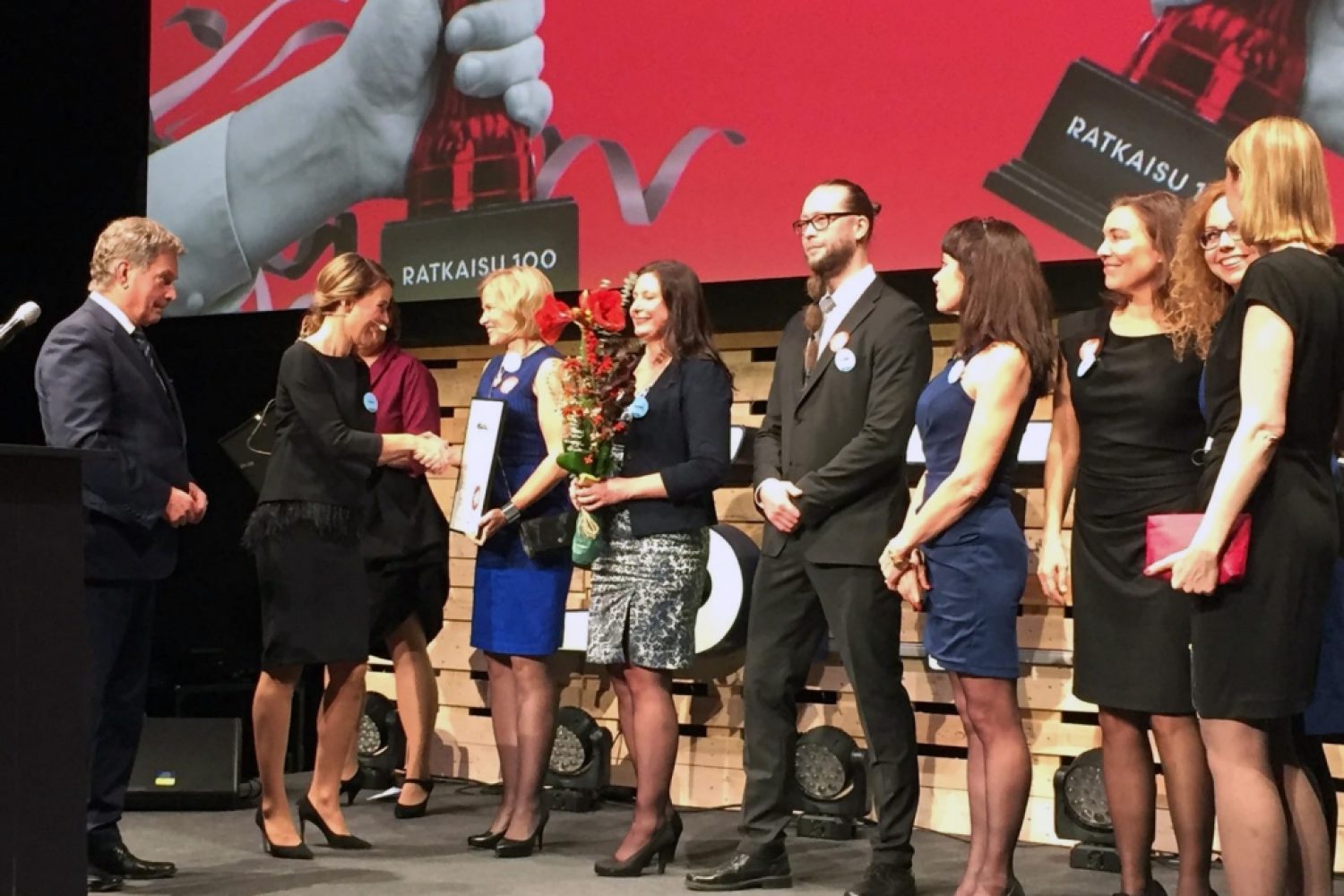 The prize was handed by the President of Finland, Sauli Niinistö, at Sitra 50th anniversary party. Image: Sitra.

The one million-euro prize will be split between two solutions. Half of the price will go to Headai, which harnesses capabilities for identifying expertise using artificial intelligence, and the other half will be awarded to Positive CV (Positiivinen CV), which identifies hidden strengths in young people.

Listen to the winners’ comments by

Ratkaisu100 is the all-time biggest innovation challenge ever held in Finland. Sitra describers the competition as follows:

Ratkaisu 100 is an open challenge prize competition aimed at solving one of Finland’s key future challenges. The winners will be awarded one million euros to bring their idea to life.

Read the Sitra news article about the competition.

Join the discussion in social media: